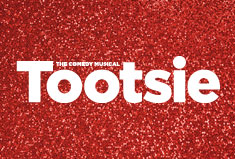 Call it “musical comedy heaven” (Rolling Stone). Call it “the most uproarious new musical in years!” (The Hollywood Reporter). Call it TOOTSIE! Featuring a hilarious Tony®-winning book by Robert Horn and an outrageously clever score by 2018 Tony-winner David Yazbek (The Band’s Visit), this laugh-out-loud love letter to the theatre tells the story of Michael Dorsey, a talented but difficult actor who struggles to find work until one show-stopping act of desperation lands him the role of a lifetime.

Sponsored by: Lehighvalleylive.com + The Express-Times