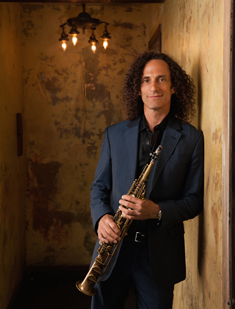 Grammy Award-winning saxophonist Kenny G has grafted elements of R&B, pop and Latin to a jazz foundation solidifying his reputation as the premiere artist in contemporary jazz. Since the early ‘80s, his recordings have resulted in sales of more than 75 million records worldwide and more than a dozen climbs to the top of Billboard’s contemporary jazz chart. On this highly-anticipated holiday tour Kenny G will perform some of his greatest hits, including songs from his 1994 smash album Miracles: The Holiday Album.

Sponsored by: The Morning Call