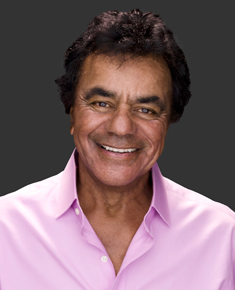 With multiple Grammy nominations and 73 songs that have hit the Billboard Charts, Johnny Mathis has been a recording star for 60 years. Although Mathis is frequently described as a romantic singer, his discography includes jazz, traditional pop, Brazilian music, Spanish music, soul music, rhythm and blues, soft rock, Broadway theatre, Tin Pan Alley standards, some blues and country songs, and even a few disco songs for his album Mathis Magic in 1979. Throw in five albums of Christmas music and you have one of the more diverse performers of all time. Most recent honors and accolades include: 2013 Art Gilmore Career Achievement Award from the Pacific Pioneer Broadcasters for Radio & Television; 2013 Induction into the brand new America’s Pop Music Hall of Fame; 2014 induction into the Great American Songbook Hall of Fame, as well as receiving the New Standard Award for his continuing career achievements.

Sponsored by: The Morning Call