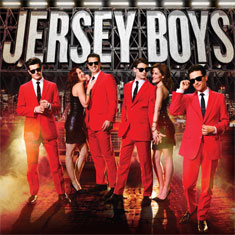 This is the rescheduled date for the December 9, 2021 performance. Please hold on to your tickets as they will be valid for the new date.