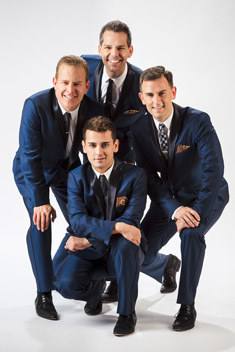 They took Broadway by storm in one of the biggest hits of all-time! Now, THE MIDTOWN MEN are bringing their magic to audiences everywhere, singing their favorite “Sixties Hits” from The Beatles, The Rascals, Motown, The Four Seasons and more, back to life! This sensational production reunites Four Stars from Broadway’s Jersey Boys. Tony Award winner Christian Hoff, Michael Longoria, Quinn Van Antwerp, and Tony Award nominee J. Robert Spencer, star in this one-of-a-kind concert experience celebrating the music that defined the ’60s.

Not A Performance Of, Not Affiliated With the Show Jersey Boys.

The approximate run time is 110 minutes.