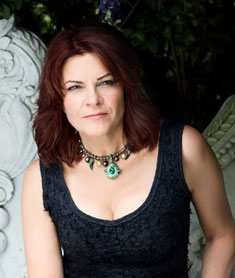 Singer and songwriter Rosanne Cash’s exciting show celebrates her highly-acclaimed and three time Grammy winning album, The River & the Thread, a collection of original songs that connect and re-connect Rosanne to the American South, the place of her birth and the home of her ancestors. Cash, who has just been inducted into the Nashville Songwriters Hall of Fame, has recorded fifteen albums and has charted twenty-one top forty country singles, eleven of which reached number one.

The run time is approximately 2 hours with an intermission.