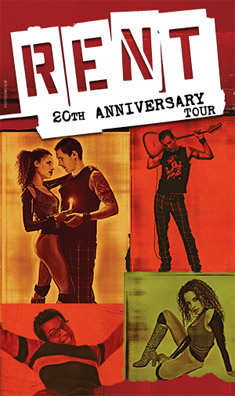 In 1996, an original rock musical by a little-known composer opened on Broadway… and forever changed the landscape of American theatre. Written by the late Jonathan Larson, RENT hits the road in a 20th anniversary production. A re-imagining of Puccini’s La Bohème, RENT follows an unforgettable year in the lives of seven artists struggling to follow their dreams without selling out. The musical is the winner of the 1996 Tony Award for Best Musical as well as the Pulitzer Prize for Drama.