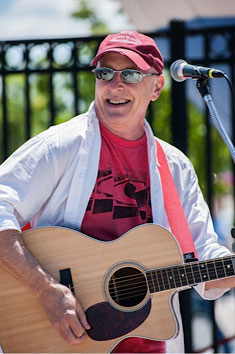 Join us for a concert featuring local musicians and bands that knew Sal the best! Sal Ritz was a musician for over 50 years performing solo, duo, trio, band, and orchestra pit gigs throughout the Lehigh Valley and beyond. He had written and recorded several original songs and was loved by the high school musical community – directing at Saucon Valley, consulting on several other high schools musicals, and serving as Audio Stage Manager for the live productions of The FREDDY Awards. He passed away unexpectedly on August 7, just a few hours after performing at Musikfest.

All donations will go directly to the non-profit FREDDY Awards in honor of Sal.

ShowTimes
Thu, September 21, 2017 at 7:00 PM
$10 suggested donation at the door (cash and check only)
Next ArticleJOE BONAMASSA
Previous ArticleNATHAN LANE